The Stone the builders rejected has become the Cornerstone.
By the LORD has this been done this and it is wonderful
in our eyes. 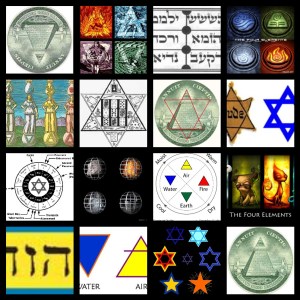 Part. I. Seeing Eye to Eye about the Cornerstone

Welcome to the Cornerstone Series, a continuing set of articles and posts mostly about the Eye of the Pyramid and the Star of David. Here are just a few examples of what this mysterious symbol actually means when it comes to meeting eye to eye about metaphor and allusion:

Abel, the lamb slain since the foundation of the world. 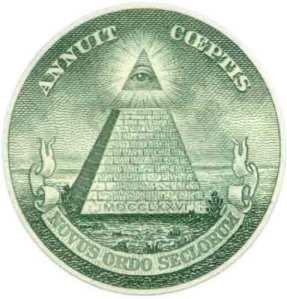 Solomon was in a different category, because he ruled over the denizens of the upper world as well as of the lower. (Babylonian Talmud, Mo’ed IV, Megillah 11b)

The stone that the builders rejected has become the cornerstone. (Psalm 118:22)

So the LORD put a mark on Cain, lest anyone should kill him at sight. (Genesis 4:15)

The princes of Zoan have acted foolishly, the princes of Memphis are deluded. Those who are the cornerstone of her tribes have led Egypt astray.(Isaiah 19:13)

It forced all the people…to be given a mark on their right hand or their forehead, so that no one could buy or sell except one who had the mark of the beast. (Revelation 13:16-17)

The LORD says: ‘See, I lay a stone in Zion, a tested stone, a precious cornerstone for a sure foundation; the one who trusts will never be dismayed.’ (Isaiah 28:16)

Solomon was in a different category, because he ruled over the denizens of the upper world as well as of the lower.(Babylonian Talmud, Mo’ed IV, Megillah 11b)

‘No rock will be taken from you for a cornerstone, nor any stone for a foundation, for you will be desolate forever,’ declares the LORD. (Jeremiah 51:26)

The gold that Solomon received every year weighed 666 gold talents. (I Kings 10:14)

Then I saw another angel…holding the seal of the living God. He cried out in a loud voice to the four angels…‘Do not damage the land or the sea or the trees until we put the seal on the foreheads of the servants of our God.’ I heard the number of those who had been marked with the seal, one hundred and forty-four thousand marked from every tribe of the Israelites. (Revelation 7:2-4)

This calls for wisdom: let anyone with understanding calculate the number of the beast, for it is the number of a man. His number is 666. (Revelation 13:18)

The calm, deceitful eye of Cain who was ‘a murderer from the beginning [and] when he tells a lie, he speaks in character, because he is a liar and the father of all lies.’ (John 8:44)

God will wipe away tears from off all faces. This means from the faces of non-Jews as well as Jews. (Babylonian Talmud, Genesis Rabba 26)

Medical science tells us that, for whatever reason, our eyes actually see everything upside down. The brain is then required to reverse the images it receives, thus resulting in normal visual perception .

If all your life is given up to the pursuit of earthly things, it is quite consistent for you to look downwards; but if you pursue the higher life, look upwards. (Talmud, Midrash Psalms 32)

‘Your brother’s blood is crying out to me from the ground.’ (Genesis 4:11)

May the LORD God bless you in the name of the Judeo-Christian Tradition.

One thought on “The Cornerstone, Part I.”

The Cornerstone of the Judeo-Christian Tradition

As Above, so Below

The Order of the Maccabee

The stone the builders rejected has become the Cornerstone. By the LORD has this been done and it is wonderful in our eyes.

You are Peter, and upon this Rock I will build my Church, and the Gates of Hell will not prevail against it.

Fear God and keep His Commandments for this is the whole duty of man.

Me, Myself, and I

On what were its footings set, or who laid its Cornerstone?

The stone that the builders rejected has become the Cornerstone.

Our sons shall be as plants grown up in their youth, and our daughters as Cornerstones hewn after the fashion of a palace.

The princes of Zoan have become fools, the princes of Memphis are deluded. Those who are the Cornerstones of her tribes Have led Egypt astray.

Thus says the Lord GOD, 'Behold, I am laying in Zion a stone, a tested stone, A precious Cornerstone for the foundation, firmly placed. He who believes in it will not be disturbed.'

No rock will be taken from you for a Cornerstone, nor any stone for a foundation, for you will be desolate forever,” declares the LORD.

Jesus said to them, “Have you never read in the Scriptures: ‘The stone the builders rejected has become the cornerstone; the Lord has done this, and it is marvelous in our eyes?'"

Haven’t you read this passage of Scripture: “‘The stone the builders rejected has become the cornerstone;

Jesus looked directly at them and asked, “Then what is the meaning of that which is written: ‘The stone the builders rejected has become the Cornerstone?'"

Jesus is the stone that was rejected by you, the builders, which has become the Cornerstone.

Built on the foundation of the apostles and prophets, Christ Jesus himself being the Cornerstone,

Now to you who believe, this stone is precious. But to those who do not believe, 'The stone the builders rejected has become the cornerstone.'